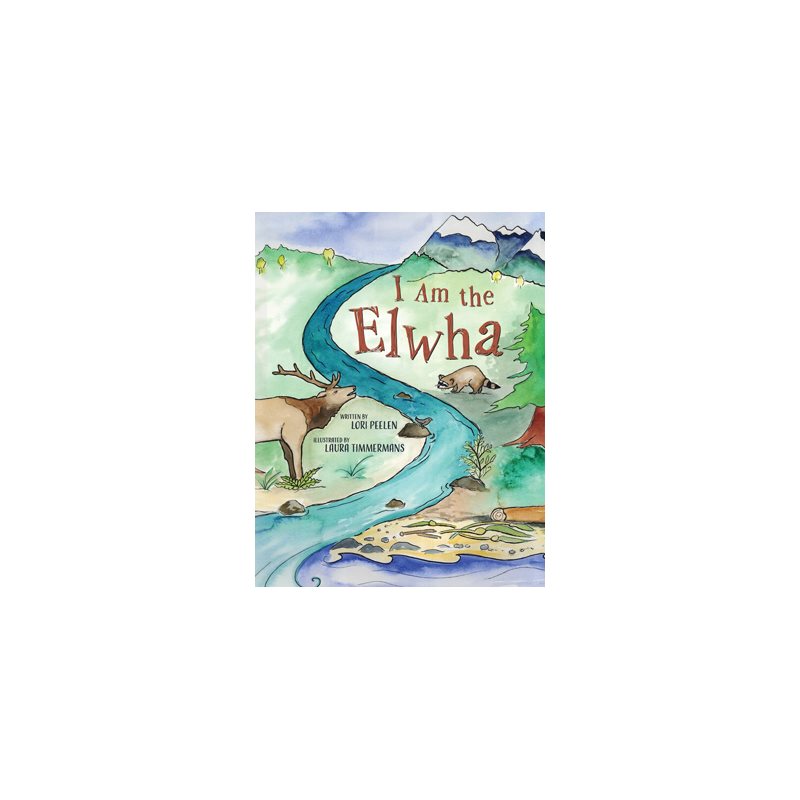 Press and move to zoom.
Mouse over image to zoom.
Click to enlarge

I Am the Elwha

The Elwha River flows 72 kilometres (45 miles) from its source in the Olympic Mountains to the Strait of Juan de Fuca in the Pacific Northwest. Uniquely, it hosts all six salmon species (Pink, Chinook, Coho, Sockeye, Steelhead, and Chum) as well as several species of trout.

In 1911 two dams were built on the river. The dams blocked the migration routes of the salmon and dramatically altered the entire river ecosystem for 100 years. In 2012 the dams were decommissioned and the world’s largest dam removal and habitat restoration project began.

In this lyrical and beautifully illustrated book, the author chronicles the history of the Elwha. Narrated by the powerful voices of plants and animals that inhabit the river ecosystem, the dam builder, a worker, and the river itself, this story celebrates the ongoing rewilding of this special environment and offers a welcome to all of the creatures who are coming home.
Be the first to write a review for this product!
$16.95